Who’s ready to throw it back by fusing into the Hall of Fame? That’s right: Throwback, Fusion and Hall of Fame cards for the WrestleMania 34 tier are ready to smash into WWE SuperCard! Here’s a sneak peek at some of the awesome new cards we’re bringing into the ring:

Our favorite WrestleMania 34 Throwback is none other than the milk-drinking WWE Hall of Famer and current Raw General Manager himself – Kurt Angle! 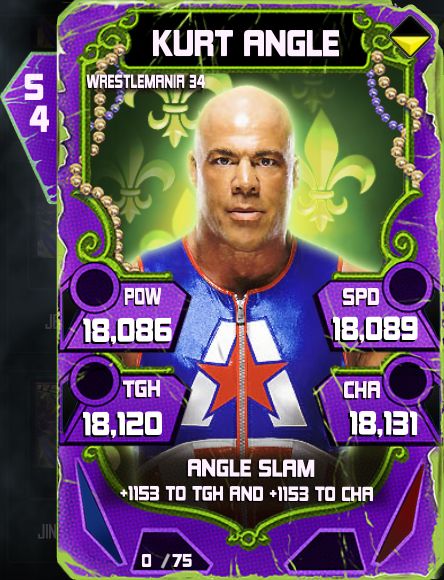 Next up, the most appreciated card type in the game – Fusions! We have a few noteworthy cards in this group, but here’s one Iconic female WWE Superstar we’re excited to show off – SmackDown Live’s Peyton Royce! 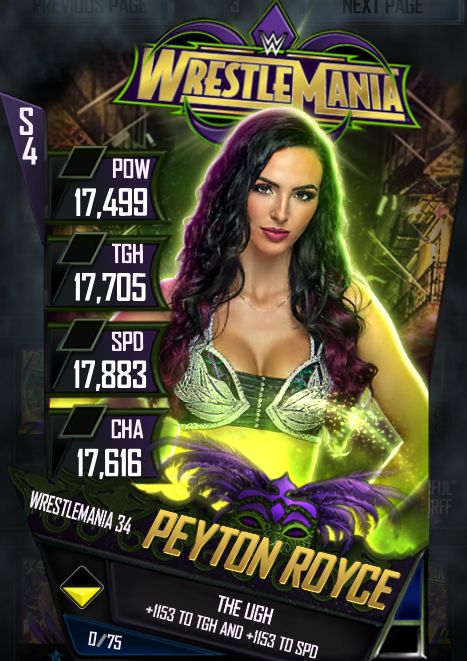 And last, but most certainly not least, WWE Hall of Famers. We’ve been eager to bring her back to WWE SuperCard for a long time – the one and only Mae Young! 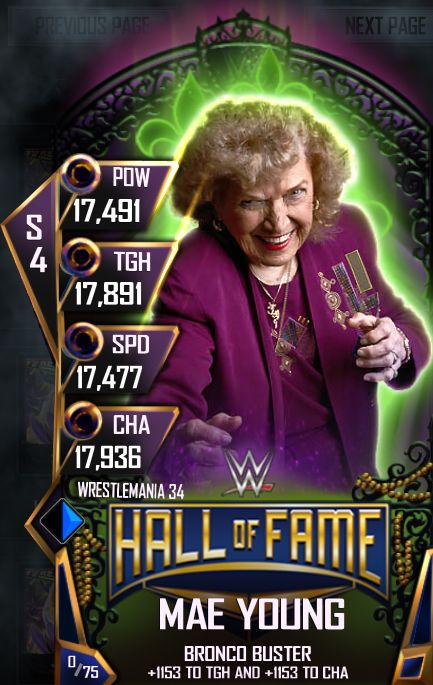 Throwbacks will get the party started today, but keep your eyes open for the Fusion and Hall of Fame cards in the coming weeks. With over 15 new WrestleMania 34 cards being added to WWE SuperCard, there’s never been a better time to jump into the action!