It’s the most wonderful time of the year – full of holiday cheer and ugly sweaters! Join us in the celebration by collecting special ingredients for the upcoming Holiday Fusion Chamber. Starting on Tuesday, December 12, players can collect Candy Canes, Bells, Snowballs and Gingerbread from the Draft Boards. Make sure to save these, though, as the Holiday Fusion Chamber will only be open from Thursday, December 14th to Tuesday, January 2, 2018. As an early gift to you, we’ve increased the Enhancement Limit from 50 to 75. We will also be granting players with 100 Credits to purchase their first Holiday Survival Kits containing some of these ingredients, as well as a holiday themed card back! 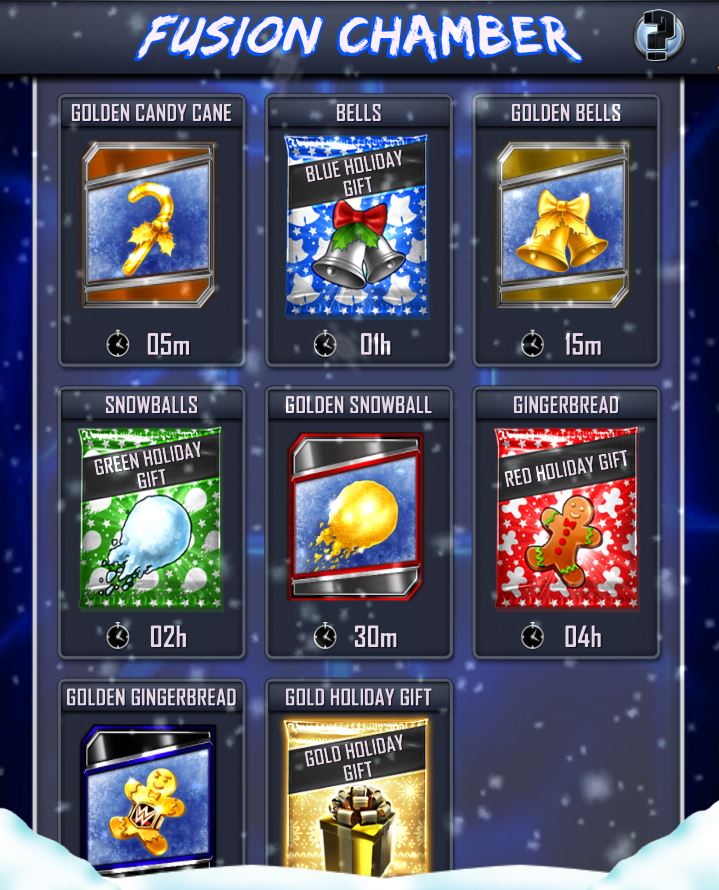 Once you have eight of the same golden ingredient, toss those in for a special Holiday Gift!

Each ingredient makes a different Holiday Gift, and each pack contains different items, as shown below: 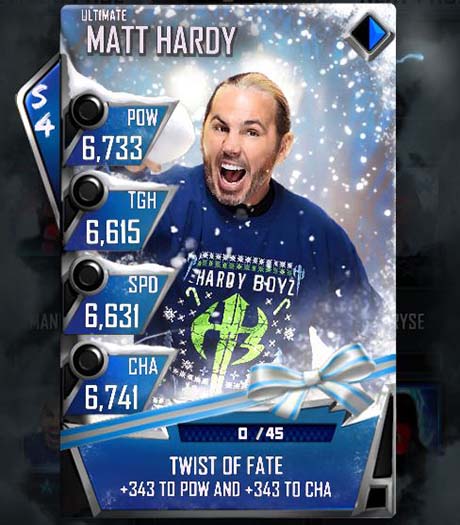 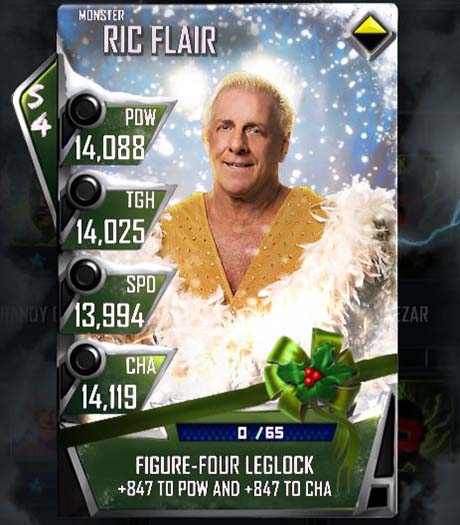 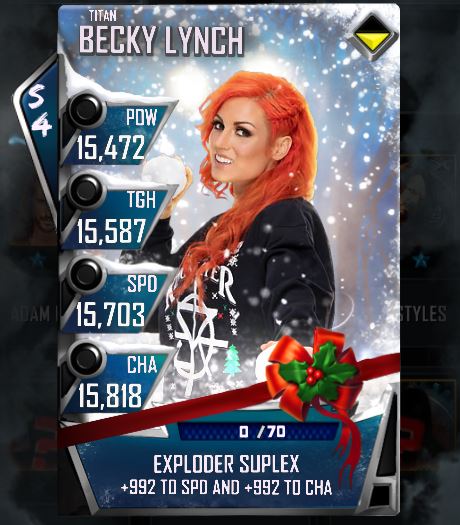 Until Thursday, December 14th, the Holiday Fusion Chamber will still be warming up, so make sure to save all of the special ingredients you earn while waiting for the day the snow melts and the Chamber is ready to start cooking! For those players wanting a head start, two Holiday Ingredient Packs will be available in the Pack Store and will start the day the Holiday Fusion Chamber wakes up. The first pack, Basic Holiday Ingredients, contains six regular Ingredients for 100 Credits. The second, Golden Holiday Ingredients, contains six Golden Ingredients for 500 Credits. Additionally, we have some festive Holiday card backs being added to both the BP and CP Stores, as well as some special Attitudes that you do not want to miss.

With over 30 exclusive holiday themed Superstar cards available across nine tiers, the WWE SuperCard Holiday Event has something for everyone!